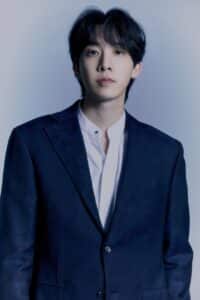 Who is ready to one more interview? This time, we spoke with DAVII.

DAVII (Choi Kyu-wan) is a South Korean singer and producer who debuted in 2014 and since then, he is been creating an amazing career and showing all his talent with R&B and Jazz.

As a music producer, he collects a lot of amazing and innovative songs, and among them, with artists like Soyeon, Heize and Paul Kim.

While we listen to the artist’s songs, we can feel all the calm and peaceful energy he has. The voice really matches the style he would like to convey to the listener. In addition, the artist has very nice songs and you can check a little more below:

BreakTudo talked with the artist and now, you can watch an exclusive video and read our interview:

What’s up, DAVII! First of all, it is an honor to talk to you. BreakTudo and I really respect you and your projects. Thank you for having us.

EN: Let’s start talking about your career today, I mean, what is the biggest difference that you noticed since the beginning of your career, until now?

DAVII: Hello, I am DAVII. I am Jazz/R&B singer and producer in Korea. It is great to be doing interview with you!

To be honest, I feel that I was very stubborn at the beginning of my career which is the reason i chose my name ‘DAVII’. ‘Dab’ means the answer in Korean and I made my name accordingly, to tell listeners that I am the answer. However after working and meeting with many other people, I learned to be more open hearted and humble. Now I want to say that I am the answer but I want to be the answer.

EN: You have some “collabs” with a lot of great artists. If you could choose any artist to collaborate with in the future, do you think in someone? Who?

DAVII: Eric Nam. I have been working with him and I hope we can collaborate in the near future.

EN: If you needed to define yourself in three words, what would they be?

EN: What is your biggest goal right now?

DAVII: My biggest goal is to make music that can save people. I think music have great power so I want to music that listeners to be healed.

EN: What was the best moment you had while recording CINEMA and I’m Okay? Did something funny happen or something that you will never forget?

DAVII: This album is about my love story. Therefore this album has my happiness and sadness at the same time. The heroine of the album have listened to the songs before its release and I will never forget…

EN: Could you tell us a little more about your next project? I mean… the concept… you know, what are you planning?

DAVII: I’m planning on my next EP album. Its about love and the change. As I have mentioned in the earlier answer, the concept of this album is hoping that the music can heal the audience.

EN: The pandemic has changed us all. We are living in a different world now. For you, what was the biggest change?

DAVII: Actually, it feels that it haven’t change my daily life but my thoughts have been changed a lot.

EN: If you start a world tour, what do you expect from it? Is there something you think about it?

DAVII: I am expecting meeting fans and give chance to perform my music. Also I am very excited to meet new people around the world.

EN: What do you know about Brazil? Is there anything you would like to do or eat if you come here someday?

DAVII: I had a Brazil friend when i went to middle school in the States. Hope that I can meet him again! I would love to try Brazil food, I heard that “feijão” is daily food in Brazil. I want to try when I go there!

We hope you enjoyed knowing a little more about the artist. You can follow DAVII on social media bellow. A big thanks to him and Song Dahae!